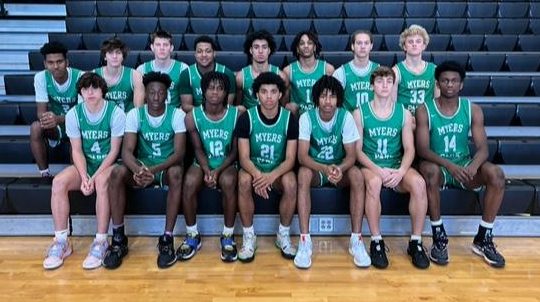 Mustangs At A Glance

BALLISLIFE PRESEASON RANKING: #26
MAXPREPS: #29
The sixth North Carolina public school to play in a City of Palms (but the first since Kinston in 2007) was the summer’s most pleasant surprise, going undefeated during a pair of prominent “NCAA Live Period” events in North Carolina and Georgia. Coach Scott Taylor’s lineup boasts four Div. I recruits, led by 6-6 JR Sir Mohammed, son of former Kentucky star Nazr Mohammed.

SCOTT TAYLOR begins his seventh season as the head coach at Myers Park (90-55), his 10th year overall as a head coach. The Mustangs have earned two trips to the regional semifinals in the past four years. Taylor was recognized as So Meck 4A Coach of the Year in 2018-19, leading Myers Park to 22 wins, the most in more than 10 years. During his tenure, Myers Park has had nine All-Conference selections and two conference Players of the Year. Taylor’s first head coach appointment was at Providence High in 2013. Previously, Taylor served as an assistant coach at Queens University of Charlotte and Carson-Newman University. A 2004 graduate of Florida State University, Taylor is married to his wife of nine years, Lindsay. They have two children, William (age 7) and Hannah (5).