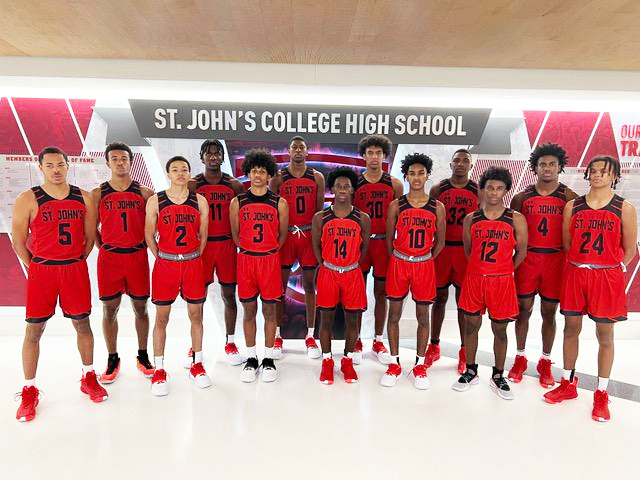 Cadets At A Glance

The 2020-21 Catholic League season was all-but-nixed by COVID, with only a smattering of sanctioned games being played (St. John’s lone outing was a loss to Bishop McNamara). But while it’s difficult to know for sure where Coach Patrick Behan’s loaded squad fits in, it’s always a safe bet to be near the top of the WCAC standings. The 24-9 Cadets (with five of the losses to DeMatha & Paul VI) carried only three seniors and no juniors on their 2019-20 roster, and were a finalist in the prestigious Beach Ball Classic. Even with the departure of highly-regarded Amani Hansberry (10.6 ppg, 7.7 rpg as a freshman), St. John’s and its 10 returning lettermen have a lot of firepower, notably Miami commit 6-6 SR Christian Watson, 6-9 SOPH Donavan Freeman – who has offers from Syracuse, Georgetown and Maryland – Ivy/Patriot target 6-4 SR Shane Lancaster and 6-0 JR Malik Mack, who is returning from an ACL injury. … Two others, 6-0 SOPH Acaden Lewis and 5-11 SOPH Da’Juan Riggs, add depth in the backcourt. … Behan spent three years at WCAC rival St. Mary’s Ryken, guiding the traditional also-rans to 16-15, 14-18 and 16-13 records (including an upset of DeMatha), then moved to St. John’s when Sean McAloon left for the top job at IMG Academy in 2017.