Classic matchups ahead for 48 th City of Palms Classic

Another high school basketball classic is shaping up for the 48th Culligan City of Palms Classic as powerhouse Montverde, the nation’s top team from a year ago, returns to defend its Dec. 18-23 at Suncoast Credit Union Arena on the campus of Florida SouthWestern State College.

Montverede, ranked No. 1 in the country last season according to MaxPreps, cruised through the 2019 Classic, winning its four games by an average of 31 points. There will be plenty of tough challengers standing in the way of Montverde’s attempt to become the first team in Classic history to win five championships. Bradenton IMG Academy also returns for a third consecutive year, hoping for revenge after losing to Montverde in last year’s title game, 63-55. 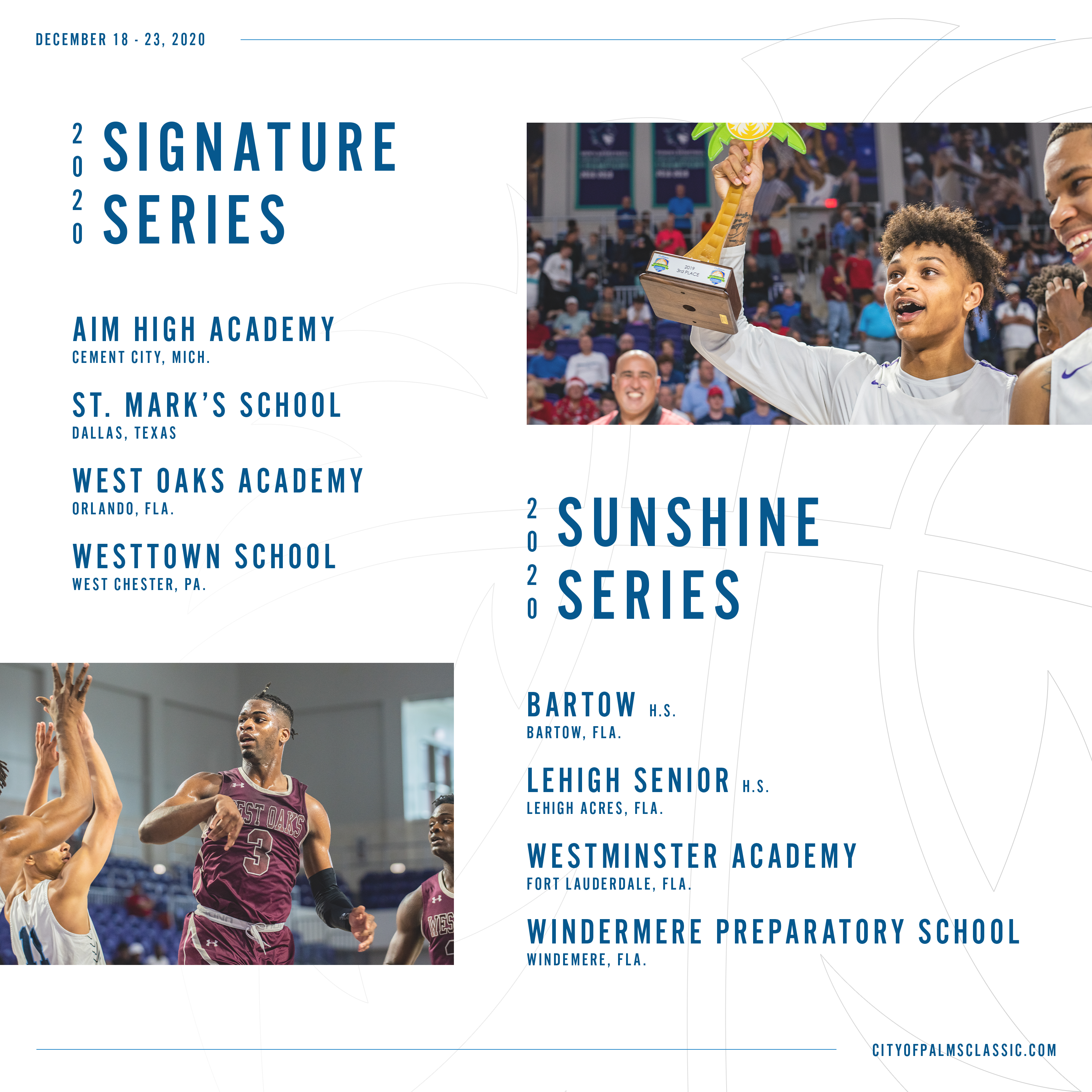 There is extra motivation this year for the four teams competing in the Sunshine Series. Bartow High School, hometown Lehigh Senior, Fort Lauderdale Westminster and Windermere Preparatory School will play for the Hugh Thimlar Trophy. As coach of then-Edison Junior College, Thimlar created a junior college national powerhouse over 26 seasons. Overall, he won 604 games over 40 seasons as a head coach in Indiana and Florida. He also founded the City of Palms tournament, called the News-Press Christmas Basketball Tournament, in 1973, with six teams competing at Edison in a regional tournament. Lehigh won the inaugural Thimlar trophy at last year’s Classic.