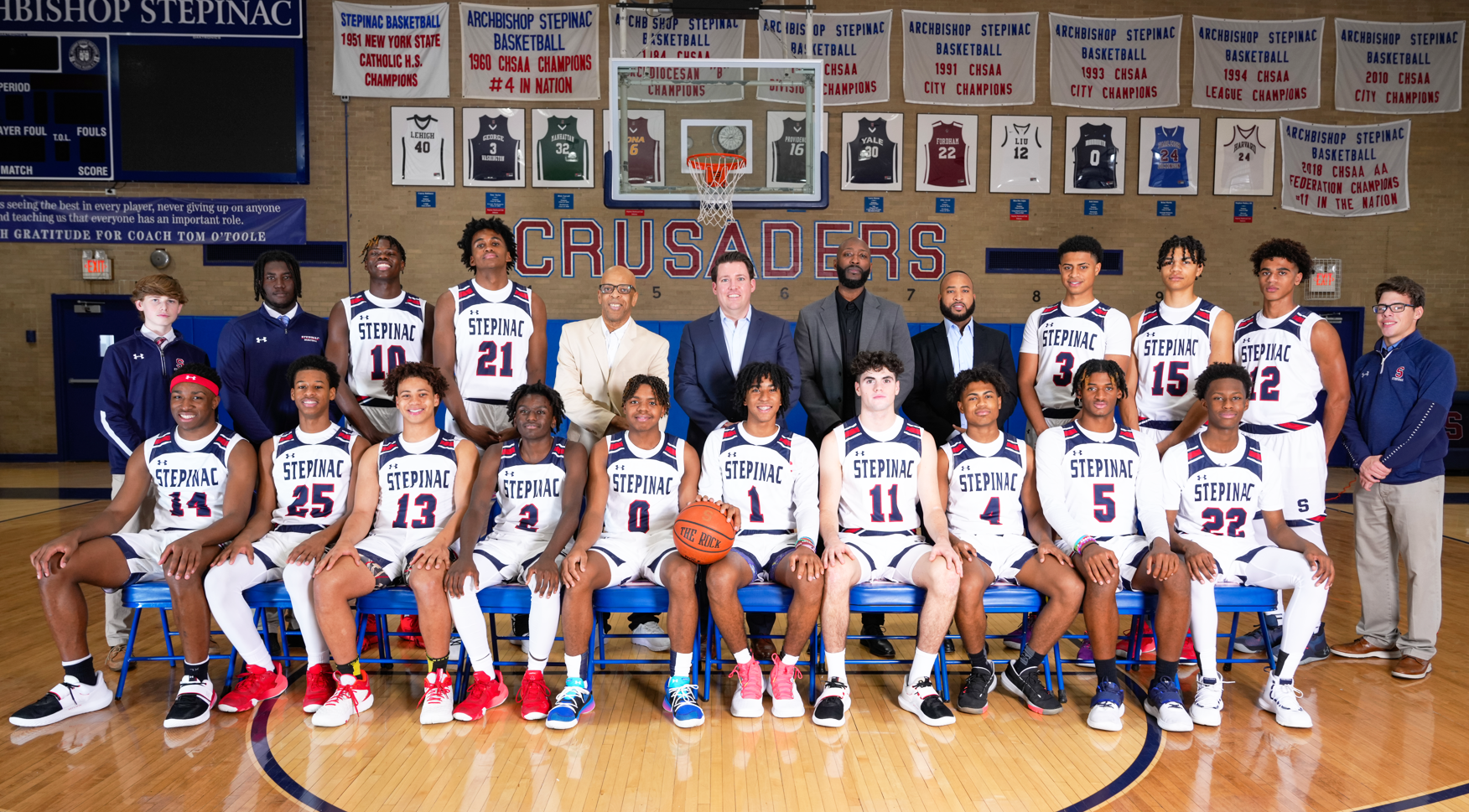 Crusaders At A Glance

Just as they featured R.J. Davis and A.J. Griffin – who matched up against each other in a historic UNC-Duke semifinal at the 2022 Final Four – three years ago, the strength of Patrick Massaroni’s squad will be its guard tandem of 6-2 JR Johnuel “Boogie” Fland and 5-11 SOPH Danny Carbuccia.

PATRICK MASSARONI enters his eighth season as the head coach at Stepinac. The 33-year old White Plains native has won 120 games in his first seven seasons. He led the Crusaders to a New York State Federation “AA” championship in 2018, the first in the school’s history. The team won the New York Catholic High School Athletic Association (CHSAA) “AA” title in 2018, lost in the final a year later and appeared in the Final Four in 2017 and ’22. They have also captured three NY Archdiocesan crowns. During his seven years, Massaroni has had 27 players go on to play at all levels of college basketball, including one first-round NBA draft pick and another playing in the NBA G-League. Patrick is a graduate of Archbishop Stepinac and works full time in the school’s Advancement Office as the Director of the Fund for Stepinac.