Tickets on sale for 48th Culligan City of Palms Classic

The dates are set, the teams have been announced and we’re just over four months away from tip-off of the nation’s No. 1 high school boys’ basketball tournament. After a one-year hiatus we’re BACK. BETTER THAN EVER. And now is the time to get your tickets. With a field featuring seven of the likely top 25 teams in the country and excitement building after last year’s layoff, tickets are sure to go quickly for this year’s event.

Several ticket packages are available including:

Processing fees are included in the ticket prices listed above.

And, for the first time in the tournament’s history, tickets will be made available at a special rate of $7 for the Joe North Three-Point Shootout and Edison National Bank Slam Dunk Championship on Sunday, December 19. These tickets are only available at the box office.

For more information about the tournament and a full list of the teams participating go to: cityofpalmsclassic.com. 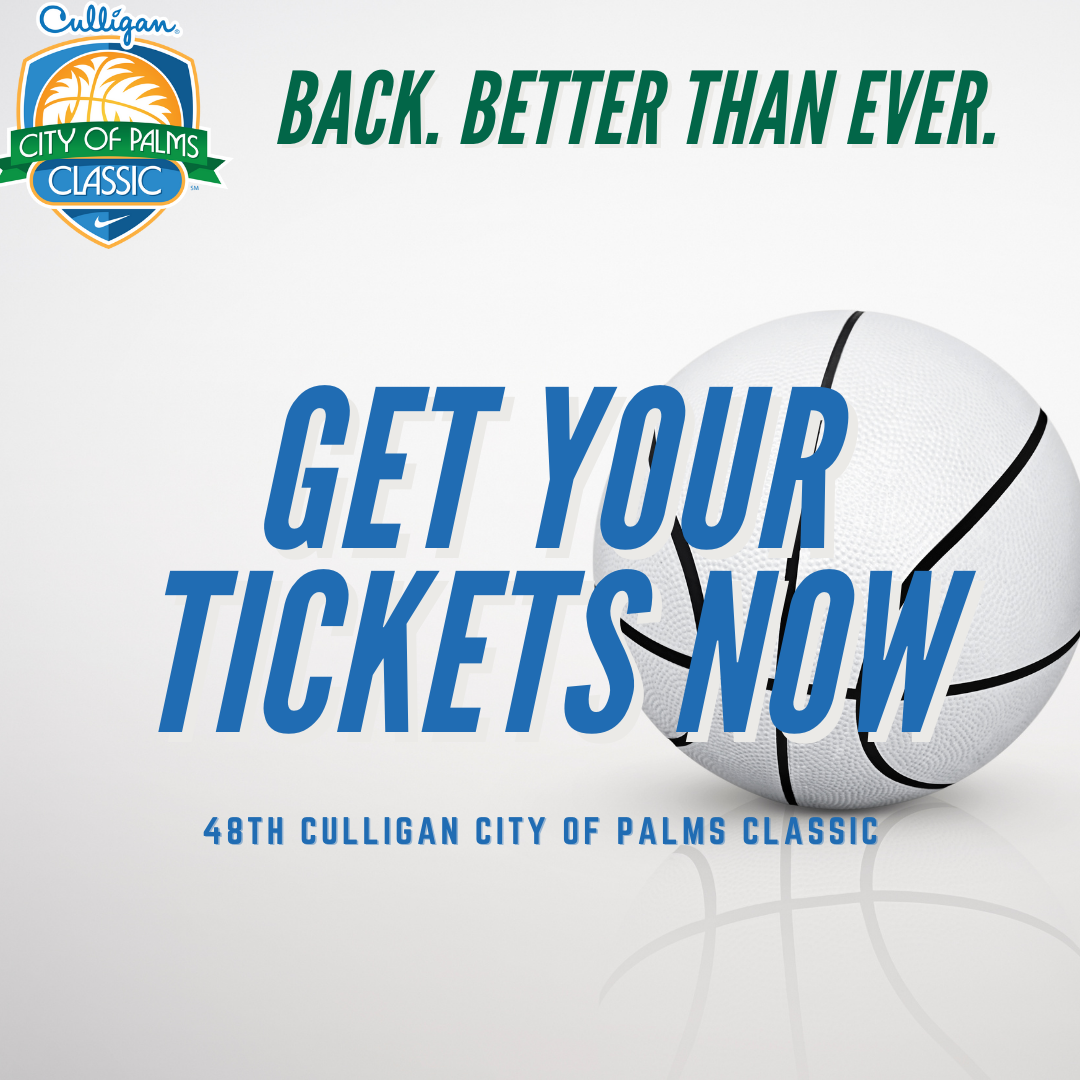